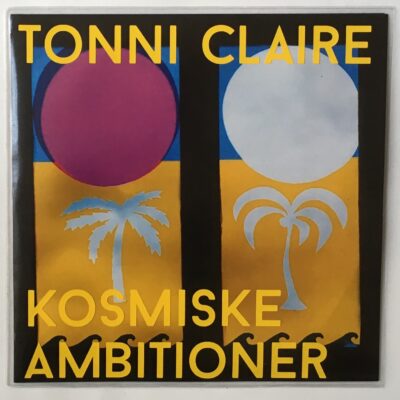 “A few years back I had a dream. I dreamt I was a man. I was sitting by an electronic organ playing very virtuously. The music had a reminiscence of kitch organ party music, but with an esoterically twist that made it appear more unpredictable. In the dream, my name was Tonni Claire, and the music I played was called Cosmic Ambitions.
The dream most certainly appeared because I had been sleeping next to a Yamaha Electone C-605 for a couple of weeks. A kind person had given it to me as a gift. At that time, I lived in a small two-room flat, and the bedroom was the only place where this huge instrument (80 kg) could fit in. After having dreamt this dream, I decided to start working on the music of Tonni Claire.”